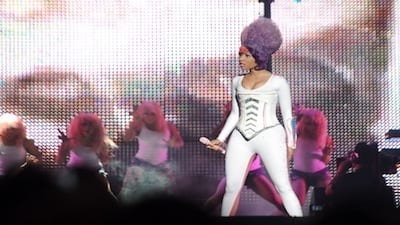 This seems to be the year of the ‘Minaj’. Mega star, Nicki Minaj has single-handedly annihilated year 2015 with the accolades still rolling in for her. The hip-pop star has sold out shows throughout the country with her massive ‘The Pinkprint Tour’. The show opened in Dallas, TX on Friday, July 17 to a completely sold out show.

This tour is packed with star power with some massive supporting artists. Her beau Meek Mill along with Tinashe, Dej Loaf and Rae Sremmurd will be opening on select dates.

NICKI MINAJ – THE PINKPRINT TOUR – NORTH AMERICAN DATES
All dates, cities and venues below subject to change.
* – Meek Mill, Tinashe and Dej Loaf only on these dates.

Previous Article“OVER 18, Sex Knowledge”Next ArticleHow To Lead The Ideal Life Without Becoming As Broke As The Joneses