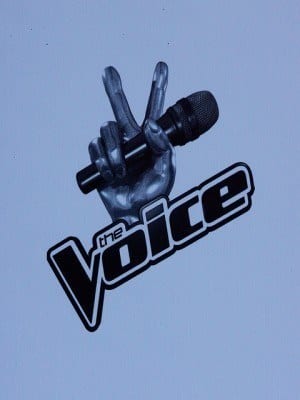 Monday night’s episode of The Voice featured a lot of Adam Levine pouting and many young artists. At the end of the night, Adam Levine ended up with nobody on his team. The other three coaches are moving along and putting together their team but Adam is definitely struggling. I think a major reason why he’s so behind is because he tries way too hard! How many times have we watched him say he’s going to take that artist all the way only to drop them in like the battle rounds? He makes big promises that he doesn’t keep which is now catching up to him.

Now back to the voices, the talent level on The Voice is higher than any other show for sure. Even the contestants that don’t get picked aren’t bad, they just have some room to grow and would probably get in if it were any other singing show.

Adam Levine fought ridiculously hard for country crooner Cody Wickline. Side note: Wickline just so happens to be from my home state of West Virginia! He lives about 2 hours from where I live. It was cool to see him do so well, he earned a four chair turn. Adam told him that he had “a truly brilliant voice that can transcend all genres.” Despite the complement, it’s not too hard to guess that Wickline went with the only true country artist among the coaches. Shelton was clearly the best coach for him considering the genre he wishes to pursue but it would have been cool to see him change it up and go with someone not country.

As I mentioned earlier, a few younger contestants blew the coaches away. The one that came out the frontrunner after Monday nights show was definitely Sawyer Fredericks who is only fifteen years old! Fredericks sang the song “I Am a Man of Constant Sorrow” from the movie “O Brother Where Art Thou?” He put his unique twist on it and ended up getting all four coaches to turn around and also received a standing ovation from all the coaches.

Monday night has showed us that the top rated singing show is back for another fiercely competitive season and I for one can’t wait to watch it unfold!