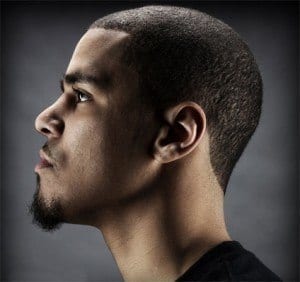 In this raw and emotional new track, rapper J. Cole sings about the violence against young African American boys. Particularly, a case where an African American teenager in Ferguson, Missouri named Michael Brown was shot and killed despite being unarmed.

Cole released a statement about the song saying that, “I’m tired of being desensitized to the murder of black men. I don’t give a fuck if it’s by police or peers. This shit is not normal.”

The song also samples the news report about the Michael Brown shooting where one of Brown’s friends is talking about the situation and how it escalated to Brown being shot and killed.

Cole also talked about the desensitization of the killing of African American men in his statement.

“There was a time in my life when I gave a fuck,” Cole said in his statement. “Every chance I got I was screaming about it. I was younger. It’s so easy to try to save the world when you’re in college. You got nothing but time and no responsibility. But soon life hits you. No more dorms, no more meal plan, no more refund check. Nigga need a job. Nigga got rent. Got car note. Cable bill. Girlfriend moves in and becomes wife. Baby on the way. Career advances. Instagram is poppin. Lebron leaves Miami. LIFE HITS. We become distracted. We become numb. I became numb. But not anymore. That coulda been me, easily. It could have been my best friend…. I made a song. This is how we feel.”

Cole’s lyrics and seldom-used singing voice on this track really hit home. He repeats “All we wanna do is break the chains off/ All we wanna do is be free” over a soft piano loop that reveals and shares the emotion and pain Cole and many more are feeling.

Listen to the track on Cole’s SoundCloud.