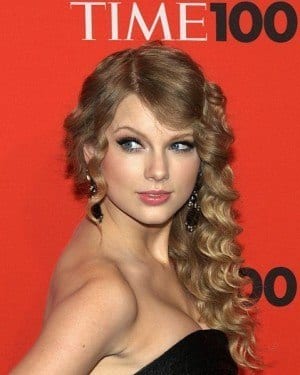 Could there be something between Patrick Schwarzenegger and her?

Taylor Swift has been reported to be seen hanging out with the Kennedy clan on Fourth of July, especially with one Kennedy in particular: Patrick Schwarzenegger.

Taylor Swift, along with Glee star, Dianna Agron was spotted sailing the high seas of the Atlantic with Patrick’s extended family—Robert Jr., Ethel, Ted and Rory. The celebration took place a day before Independence Day in Hyannis Port, Mass., around the Kennedy compound.

As soon as night fell an onlooker told Us Weekly, “They were all playing capture the flag and tag and had a bonfire.” The onlooker adds, “Taylor was taking photos of everyone with a huge camera, and Dianna took one of Taylor with Patrick together…She mostly hung out with her girlfriends and played with the smaller kids.”

According to a source close to Swift, “She was invited for the 4th of July with her friends by the Kennedys…She is close with the whole family.”

“She really just loves my mother, which is so sweet,” Rory Kennedy told ABC in an interview done in January. “I’m a huge fan of hers. I have young girls, and we had been to a few of her concerts. I met her at one of them, and she had read a ton of books about our family.”

This isn’t the first time Swift has hung out with the Kennedys, in January Swift was at the Sundance Film Festival for the premiere Ethel, a documentary on Ethel Kennedy. Swift revealed to Vogue, “The only time in my life I have ever been starstruck was meeting Caroline and Ethel Kennedy.”