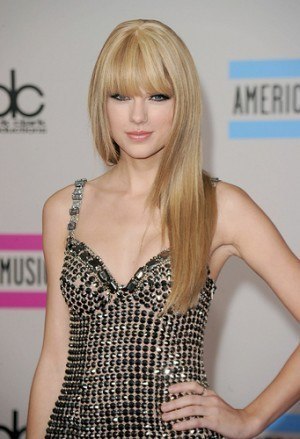 Taylor Swift has recently laughed off reports that she kidnapped her 18-year-old boyfriend, Conor Kennedy. Rumors insisted that the singer missed him so much that she had him flown out on a private jet against his will. Swift responded to the reports saying, “How did I kidnap him? You can’t kidnap a grown man! These are serious accusations, now! It’s an interesting way to spin something into a story. See, this is why I don’t read stuff.”

The Red singer has been facing nothing but negative press ever since she started dating the Kennedy, who is four years younger and still in high school. However, she feels she has nothing to apologize for.

Swift explains, “The way I look at love is you have to follow it, and fall hard, if you fall hard. You have to forget about what everyone else thinks. It has to be an us-against-the-world mentality. You have to make it work by prioritizing it, and by falling in love really fast, without thinking too hard.”

Taylor Swift also received negative press about allegedly crashed a Kennedy family wedding. The singer denied these reports as well saying, “I have no idea what happened there. I think that story was based on the biggest misunderstanding, cause I would never knowingly show up somewhere that I thought I wasn’t invited to. I would never want to upstage anybody.”

Taylor Swift’s newest album, Red, is set to be released on October 22.