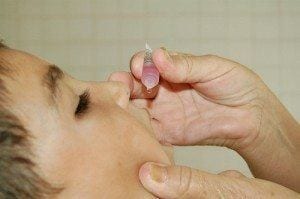 The Taliban has issued a statement banning polio vaccinations until the U.S. ceases its use of drones in Pakistan

The Taliban have called for a ban on all polio vaccines for children in the North Waziristan region of Pakistan until all U.S. drone strikes have ceased, according to a statement released Saturday.

“Polio drops will be banned in North Waziristan until the drone strikes are stopped,” said the statement, which continued, “Almost every resident of North Waziristan has become a mental patient because of the drone strikes, which are worse than polio. On one hand, the U.S. spends millions of dollars to eliminate polio, while on the other hand it kills hundreds with the help of its slave, Pakistan.”

According to the statement, Taliban commander Hafiz Gul Bahadur made the decision to ban polio vaccinations for children after consulting with other Taliban leaders.

Bahadur is believed by many to have connections with the Haqqani network in the North Waziristan region, providing support and shelter for the militant group. The U.S. has pushed Pakistan to launch an assault on the Haqqani network but the Pakistani military has resisted, claiming their forces are stretched too thin.

The use of drones, or unmanned aerial vehicles used for both reconnaissance and assault missions, was acknowledged by President Obama’s chief counterterrorism adviser John Brennan in April.

“Yes, in full accordance with the law – and in order to prevent terrorist attacks on the United States and to save American live – the United States government conducts targeted strikes against specific al Qaeda terrorists, sometimes using remotely piloted aircraft, often referred to publicly as drones,” Brennan said.

Pakistan is one of only three nations globally that has not yet eradicated polio. Pakistan reported almost 200 new cases of polio just last year, the highest amount at that time in the world. According to UNICEF, 143,000 of the area’s 161,000 children had access to vaccinations earlier this year, between June 4 and 6, but the Taliban’s ban on the vaccinations will prove a severe hindrance to the eradication effort in the near-future.

Pakistan’s efforts to eradicate polio have come under fire recently as it was revealed last year that with the help of a Pakistani, Dr. Shakil Afridi, the CIA conducted a door-to-door vaccination campaign in an effort to verify the location of Osama bin Laden within the Pakistani town of Abbottabad. Dr. Afridi was convicted by a tribal court for his role in the operation and was sentenced to 33 years in jail.

The North Waziristan Surgeon General, Dr. Muhammad Sadiq, said that he is only carrying out his duty by following the Taliban’s orders to halt the vaccination campaign.

“Under these circumstances, we cannot continue,” Dr. Sadiq said during a phone interview.