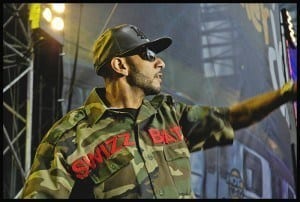 Swizz Beatz won’t be investigated despite being CEO

Yesterday, we reported that the massive file-sharing website Megaupload.com was shut down as federal prosecutors indicted employees on charges of violating copyright laws. Now, we’ve learned that even though he’s the CEO, Swizz Beatz is not being investigated.

The Next Web reports that Swizz Beatz, also known as Kasseem Dean, is listed as the CEO of Megaupload but has not been indicted. As the site details, Beatz does not hold equity within the company. Reportedly, founder Kim Dotcom owns 68 percent of Megaupload’s stock, while the remainder is held by six other investors.

Although he’s not being indicted, Swizz Beatz may still face legal woes. Beatz created a video with other music stars to support Megaupload, and now Universal Music Group has brought a lawsuit against him. Universal is protesting that a number of its under-contract stars were used without permission. YouTube, meanwhile, has not taken the video off of its site.

Swizz Beatz is the husband of Alicia Keys.