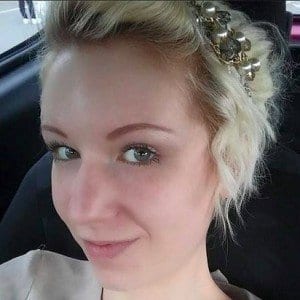 You don’t think of overdose when diet pills come to mind, but that’s what happened to 21 year old Eloise Parry. The Glyndwr University student admitted herself to the hospital on April 12th after feeling unwell but did not get the chance to leave and passed away. Her death which her mother described to BBC news as “an awful way to die” and she was “burning from within”. Parry’s death was caused by diet pills she had taken that she bought online. The name of the pills have not been released and West Mercia police are investigating who made the pills and where she had bought them. It is believed that they contained dinitrophenol, also known as DNP, an industrial drug. It is used as a metabolism booster and fat burning drug, but as Parry’s mother Fiona adds “It doesn’t just burn fat; it destroys your muscles. It turns bodily fluids yellow”. She has been speaking out and trying to warn people about the dangers of this drug that have claimed many lives already.

It only takes two pills to become a lethal dose, Eloise Parry had taken eight. The Food Standards Agency have spoken against the use of diet pills containing DNP stating “We advise the public not to take any tablets or powders containing DNP, as it is an industrial chemical and not fit for human consumption.” Fiona Parry has also issued a plea and warning of her own after experiencing her daughter’s death.

“They never stood a chance of saving her. She burned and crashed.”

“[Eloise] just never really understood how dangerous the tablets that she took were,” she said. “Most of us don’t believe that a slimming tablet could possibly kill us.
“DNP is not a miracle slimming pill. It is a deadly toxin,”

Information on DNP
 2,4-dinitrophenol or DNP is highly toxic and is not intended for human consumption
 An industrial chemical, it is sold illegally in diet pills as a fat-burning substance
 Users experience a metabolism boost, leading to weight loss, but taking even a few tablets can be fatal
 Signs of acute poisoning include nausea, vomiting, restlessness, flushed skin, sweating, dizziness, headaches, rapid respiration and irregular heartbeat
 Consuming lower amounts over longer periods could lead to cataracts and skin lesions and impact on the heart, blood and nervous system
 Experts say buying drugs online is risky, as medicines may be fake, out of date or extremely harmful