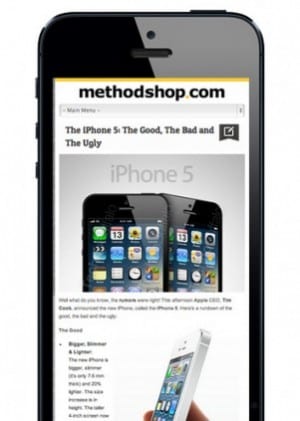 Both carriers cannot handle phone and data access without Wi-Fi

Sprint and Verizon are not the ideal carriers if you are looking to get the new iPhone 5, which was unveiled Sept. 12, because it leaves out one key capability that AT&T has.

Those who have Sprint and Verizon 4G LTE will be able to finally browse the internet, but only when it the radius of a Wi-Fi network.“It was an Apple decision,” said Brenda Raney, a Verizon Wireless spokeswoman.

The iPhone 5 was designed to give Sprint and Verizon customers data accessibility (like browsing the internet) while placing a phone call, a feature that only AT&T has had available to its customers. The new iPhone 5 does give Sprint and Verizon customers that feature, but at a limited cost: a Wi-Fi network must be connected to the device in order to access data while in calling mode.

The reason for the Sprint and Verizon iPhone’s lack of 4G LTE data accessibility while placing a call stems from the iPhone 5 model for the respective companies. Smart phones from both carriers that are capable of accessing phone and data simultaneously have a third antenna. This additional antenna is able to pull 4G LTE data to the phone while another places the call. The Sprint and Verizon iPhone 5 models only have two antennas, and the same goes for AT&T. So what makes AT&T different?

When a phone that runs on 4G LTE makes a phone call, the smartphone has to roll back to old CDMA networks in order to make the call, according to the NY Times. The difference between Sprint, Verizon and AT&T is the old network that each carrier’s iPhone 5 is rolling back to: AT&T’s old network supported simultaneous phone and data usage, and Sprint and Verizon networks never have.

The bottom line is, those who are thinking of switching networks in order to access the phone and data features at the same time must choose AT&T. For those not ready to switch, Droid devices do have this capability, only without the bitten apple on the back.