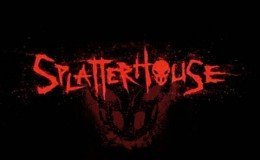 Even if you have an affinity for the kind of explicit and gratuitous, Grindhouse-style of horror that “Splatterhouse” shamelessly entertains, you’ll still have to contend with the absurd amount of glaring flaws that relentlessly plagues Namco Bandai’s remake of the 1980’s arcade classic. Though not entirely without merit, “Splatterhouse” is, unfortunately, a text book case of putting style over substance, a game that uses window dressing to disguise the fact that it was launched well before it was ready.

“Splatterhouse” doesn’t have much by the way of the story, but then again, few will be expecting gripping narrative from a game that revels in beating your opponents to death using their own limbs. You play as Rick, a muscle bound dead man who has been granted a second lease on life from an ancient, magical mask so he can rescue his kidnapped girlfriend, Jen, from an evil scientist, Dr. West. Naturally, Dr. West isn’t too thrilled by this and forces Rick to endure a labyrinth of monsters, demons and levels that look like they were inspired by the most twisted and depraved horror movies.

Virtually everything about “Splatterhouse” is as generic as they come. In short, if you’ve played “Devil May Cry” or “God of War”, “Splatterhouse” offers a similar, though considerably less creative and far more diluted, type of experience. The combat is a shallow and repetitive affair of mindless button mashing that is only punctuated by the periodic quick time event. Walk into a room, murder every monster that populates it to unlock the invisible walls penning you inside and then move on to the next one. You can upgrade your attacks, but honestly, nothing that you can unlock ever elevates “Splatterhouse” to anything more than yet another uninspired action game.

To its credit, “Splatterhouse” does attempt to distinguish itself from the competition by embracing its Mature rating and constantly bombarding gamers with explicit material. There’s enough blood and gore to make even the most hardened souls squeamish, and it is amusing to see the variety of death animations that the developers have implemented into the game. Each level has its own unique series of environmental objects that you can use to murder your enemies, and if those aren’t available, you can always use a dismembered limb (either yours or your enemy’s) to beat your opponents to death. On top of that, soft core pornography is scattered throughout levels, adding yet another cheap thrill to a game that focuses more on the superficial than its own actual merit.

Even if the prospect of naked breasts and horrendous executions sounds appealing (and really, how can’t it?) there’s a laundry list of technical problems that make playing “Splatterhouse” far more frustrating than it has any right to be. The unresponsive controls make it difficult to control Rick with any degree of precision (which is particularly irritating during the game’s platforming segments), the camera is horrendous and constantly gives you the least helpful angle of the action on screen and the frame rate begins to crawl whenever you’re battling too many enemies. The final complaint is particularly surprising considering that “Splatterhouse” is by no means an exceptionally looking game. Watching Rick murder his foes in the most grisly and graphic fashion is pretty badass, but a single glance at the character models and levels make it pretty clear that “Splatterhouse” isn’t exactly pushing the limits of the PlayStation 3 or Xbox 360.

“Splatterhouse” didn’t have to be a bad game. It’s not very original, sure, but there’s still plenty of fun to be had from the constant stream of stomach churning violence and shameless nudity. What makes it a bad game, though, is the technical issues that make each moment of playing “Splatterhouse” less enjoyable than the previous one. Had all these problems been ironed out before its release, “Splatterhouse” might be worth checking out, if only because it’s a remake of an awesome arcade game. But since they weren’t, it’s incredibly hard to recommend spending anywhere close to the suggested retail price for “Splatterhouse” when there are literally dozens of better options available right now.