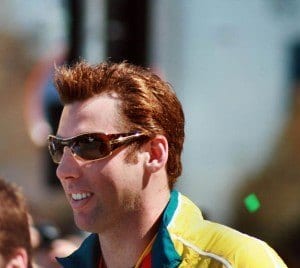 After former swim star Grant Hackett formed a reliance on sleeping pills while in competition, Australia banned the drug from athletes participating in the London Games.

The sleeping pills called Stilnox, Ambien in North America, have been used by multiple Australian athletes. And now, if suspected of taking sleeping pills, officials have the right to search athletes’ belongings. If a racer is caught with sleeping pills, he or she will be disqualified.

As an alternative to taking sleeping pills, athletes will be advised to practice relaxation techniques. But as a last resort, a less addictive and shorter-lasting drug, temazepam will be allowed to those who seriously need it.

Australian Olympic Committee (AOC) Chief John Coates said the main goal of the ban is to protect the athletes’ health. Sleeping pills have posed as a concern because many athletes have taken it as a relaxant after taking caffeine pills for performance.

According to the AFP, Hackett told Coates that he was prescribed the sleeping pills in 2003 for the World Swimming Championships in Barcelona. The Inquistr reports that Dennis Cotterell, Hackett’s former coach, said, “He couldn’t sleep so he took the Stilnox to settle his nerves. For sure that contributed to his lack of clarity in the 1500m final. I’ve got no doubts about that.”

Coates said he did not realize the weight of dependence on sleeping pills by athletes, until Hackett’s addiction was brought to his attention. According to The Telegraph, Hackett’s anxiety began during his “ugly split” with wife Candice Alley.

The AOC is taking the precaution as a result of a woman’s fall off a bridge, which was associated with the sleeping pills.