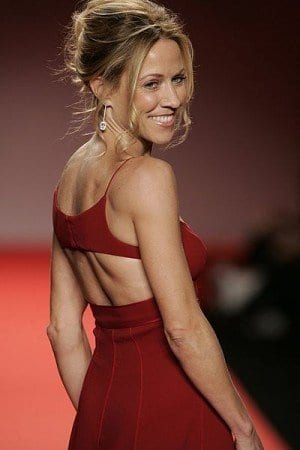 The 50-year-old singer-songwriter Sheryl Crow announced that she has a benign brain tumor at a concert Wednesday.

Sheryl Crow’s memory-loss, famed by her repeated instances of forgotten lyrics, are likely a stem of her meningioma, according to Fox News.

“Ms. Crow speaks about memory issues, and that is definitely the kind of symptom that could be caused by this type of tumor,” said Dr. Anders Cohen, chief of neurosurgery and spine surgery at The Brooklyn Hospital Center.

After noticing her extensive memory-loss problems, Sheryl Crow went to the hospital to have a magnetic resonance imaging (MRI) test done. Sheryl Crow’s benign tumor was found in the left frontal lobe of her brain.

According to Cohen, when found in other parts of the brain, the symptoms of meningioma differ. A tumor located in the back of the head, the vision headquarters, can impair one’s vision.

Last month, when Sheryl Crow forgot the lyrics to her famous song, “Soak Up The Sun,” the press was enthralled. Sheryl Crow’s response to that was, “I’m 50, what can I say? My brain’s gone to s—.”

Cohen said the tumor is nothing to cause panic, since those who catch it early normally recover swiftly.

Although the breast-cancer survivor is not worried about her recovery, she told Las Vegas Review-Journal, “In November, I found out I have a brain tumor. But it’s benign, so I don’t have to worry about it. But it gives me a fit.” Sheryl Crow is currently recording a new album, taking care of her two young sons and continues to perform frequent shows.