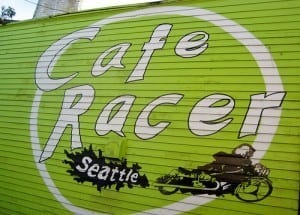 A Seattle shooting spree has left five dead and many citizens on edge. With Wednesday’s tragic shooting, the number of homicides in what many consider one of America’s safest cities has now surpassed the entire number from last year.

The shooter has been identified as 40-year-old Ian Lee Stawicki by members of his family. The suspect’s brother, Andrew Stawicki, told The Seattle Times that Ian suffered from mental illness, stating, “We could see this coming,” he added, “We’re not surprised, when you have so much of that anger inside of you.”

Stawicki entered the popular café, Café Racer, late Wednesday morning. He held what appeared to be a pistol near his waist as security cameras captured the scene. Minutes later, four people were shot dead and another, a cook, was wounded.

The suspect then fled to the First Hill neighborhood near downtown where he murdered a mother of two as he hijacked her black Mercedes SUV. Police conducted a search of North Seattle for the shooter and, according to Assistant Police Chief Jim Pugel, a plainclothes detective spotted the shooting suspect and alerted uniformed officers and a SWAT team.

As police arrived at the scene, Stawicki shot himself in the head, according to Seattle Police Deputy Chief of Operations Nick Metz.

Evan Hill lives above the scene of the shooting and described the café as “very mellow,” stating, “It’s the strangest place to think of a shooting.”

“There’s lots of artists there and musical performances and that kind of thing. It’s the last place that you would expect for something like this to happen,” Hill stated.

Patrons of the café said that Stawicki was often seen at the café picking fights in the days leading to the Seattle shooting. “He was at the bar being really belligerent and rude,” said one patron.

“I’m wondering what the heck’s going on in this city. Everybody’s getting gun happy in this town. It’s just crazy,” said Seattle resident Steve Parker.

Seattle police plan to increase the number of officers on patrol in high-crime areas but that might not be all the city does in order to assure its citizens are safe.

Seattle Mayor Mike McGinn said, “It’s going to take our political leaders, coming together, to give our police officers the support and tools they need to do their jobs.”

“If we are to be honest, there’s no easy fix,” stated Seattle City Councilman Bruce Harrell, who added city leaders are considering everything from legislation to changing the culture of violence in an effort to curb the rate of homicides.