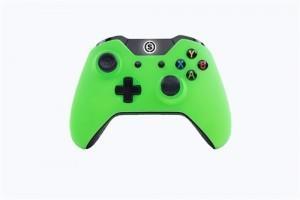 During the last generation of gaming console, SCUF Gaming made a splash with their custom controllers, modified for use with Playstation 3 and Xbox 360. Thankfully, I paid attention to them early on, mostly because of the quality of their work, but also because I expected they’d eventually be a big player in custom gaming controllers.

Now, four years later, SCUF Gaming is a recognizable name in the industry and their quality continues into this generation with Playstation 4 and Xbox One controllers. Over the last two months, I’ve had my hands on the SCUF One, their Xbox One controller. It outperformed my expectations, though initial impressions were a little shaky.

When pulling the SCUF One from the padded box, it felt cheap. Like a poorly made import from China. I want to be explicit when I say it’s not cheap, it just felt “different” because of the modifications made to the controller, changes in the weight and texture that most players will be used to with the official Microsoft controllers.

First, it’s light due to the rumble packs being removed. The “rumblers” are taken out because the SCUF One I was using is designed explicitly as a controller for shooters. With vibrations in your hands, specifically in competitive multiplayer, it can throw off your aim. By removing them it’s lighter, too. I’ve never experienced fatigue in my hands, but for those who have, I imagine a lighter controller would help combat that.

The texture also confused me initially, as I wasn’t expecting the rubberized grip that replaced the outer portion of the controller’s shell. If your hands sweat this won’t change that, but the grips will allow you to wipe them off less often. They’re stylish too, emblazoned with the SCUF “S” symbol to add a little more flare to an already beautiful piece of hardware.

The thumbsticks also bear the SCUF “S” logo, and thankfully they’re bigger than the official thumbsticks that Microsoft is using now. If you weren’t aware, the thumbsticks got smaller in diameter from Xbox 360 to One. The SCUF One brings back the size we’re familiar with. The D-pad is customized, too. A simple SCUF-branded plate is laid over the D-pad to add some extra leverage and makes it easier to select a direction.

The most impressive features are two that return from the Xbox 360 SCUF controllers, and two most important: trigger stops and rear paddles. The function of the trigger stops is to remove the dead zone that comes with pulling the trigger in shooters, shaving milliseconds off of what’s necessary to fire at your enemies. Sometimes those milliseconds are what’s necessary to stay alive or to continue that kill stream you’re on.

The back paddles are essentially shortcuts to the face buttons, A,B, X, & Y in this case. In my model there were two paddles, linked to the A and B buttons, respectively, but you can get four paddles, though it may take longer to get accustomed to. The benefit of the back paddles is to help keep your right thumb on the right thumbstick, typically used for aiming your weapon. Again, it saves you milliseconds, but overall you’ll find yourself more comfortable and eventually all these minor time savers add up to an ergonomically efficient way to dominate your enemies.

At $149.99, the SCUF One OpTic is a bit pricey, more than double that of a retail Xbox One controller, but for those who spend a majority of their time in their favorite shooter, the price is justified. On top of the benefit the controller gives to your gameplay, each and every one is stylish. The OpTic is a very “Xbox Green” color and the texture is more matte than that of retail controllers, which makes it an eye-catcher.

Function and style combines with a very low learning curve to make one of the best custom controller experiences available.

[easy-social-share buttons="facebook,twitter,google,linkedin,stumbleupon,pinterest" counters=0 hide_names="force" fixedwidth="yes" fixedwidth_px="111"]
Previous Article6 Things To Do If You Hate Your College RoommateNext ArticleFrom the Lab: A Skincare and Beauty Subscription Box