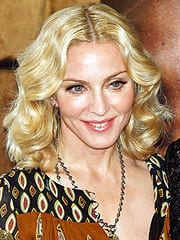 Modanna long awaited album comes out, along with Monica.

What’s up everybody?  I hope you had an awesome Easter last week.  Hopefully, you guys got to celebrate the zombification of Jesus Christ and whatnot. Well, if you just came from Spring Break, then here’s something to get through the schoolwork grind.  If you’re still on break, enjoy it the same.

That’s right.  She’s so famous, she can abbreviate her name and people will still recognize it.  The twelfth album from the former Material Girl boost a few guest spots from Nicki Manaj and M.I.A. on the single “Give Me All Your Luvin”.  Nicki also contributes on “I Don’t Give A”.  The album is prime set to get the club or party going with hard hitting beats.

Okay, with all the rap out there that’s filled with simplistic rhymes, here’s something that is about all far from that as humanly possible.  In fact, when you hear billy woods, he will say some shit that will go over your head.  But that’s cool, this is suppose to be challenging.  That’s not to say this is one of those artsy-fartsy type of hip-hop that only indulges the emcee.  Tracks like “Willie Green” and “Bill Cosby”.  This album requires more than one listen to get the full gist.  You’ve been warned.

And speaking of women still going strong, we have Monica.  By now, you’ve heard and seen the video for the single “It All Belongs To Me”.  Well the thirty-one year old singer has more in store with “New Life”.  A fitting title considering Monica’s marriage to NBA player Shannon Brown in 2010.  Venonous “It All Belongs To Me”, all her song don’t have tirades againist the opposite gender.  Songs like “Daddy’s Good Girl” and “Without You” have a gentler approach of the fellows.

Yeah, I’m mixing it up this week.  From way, way, way from the soothing sounds of Monica comes thrash metal darlings Municipal Waste.  With their sixth album, The Fatal Feast, the band is still doing what they do best: play hard, fast, balls-out thrash metal geared towards blowing out the eardrum of any poor sucker that has the guts to listen to it.  The title song, along with tracks like “Waste In Space” all clocke in under two minutes, which is more than enough, trust me.