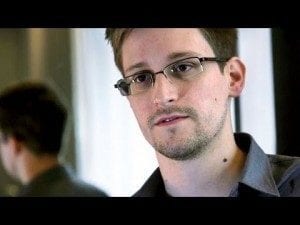 German Television network ARD recently conducted an interview with the world famous (some may say infamous) whistleblower, Edward Snowden, which has been intentionally blacked-out by all corporate media outlets in the U.S., and virtually ignored by other broadcast networks. The video has even been removed from YouTube almost immediately after each time it’s been uploaded. One might be able to reasonably assume it contains important information that authorities would prefer the general public didn’t know anything about.

This appears to be a problem unique to the U.S., however. In Germany and across most of the rest of the world, this interview was treated as a major political event—both in print and in broadcast—that was in no way, shape, or form swept under the rug. To the contrary, it is almost as much a topic of discussion abroad as is Justin Bieber’s DUI here in the states; and when the general populous of a nation is better informed about some kid’s inebriated joy ride than they are about the policies which directly affect their very freedom and privacy, it’s time to re-evaluate what our values and priorities are as a culture.

In the interview, conducted this past Sunday evening, Mr. Snowden explains succinctly how these domestic surveillance programs undermine, subvert, or otherwise erode our democratic freedoms, as well as the most fundamental tenets of the Bill of Rights. The interview is about 30 minutes long and contains vitally important information within every sentence. Snowden stated that, “[My] breaking point was seeing the Director of National Intelligence, James Clapper, directly lie under oath to Congress. There’s no saving an intelligence community that believes it can lie to the public and to the legislators who need to be able to trust it and regulate its actions.” He goes on to say with reference to blowing the whistle, “Beyond that, it was the creeping realization that no one else was going to do this. The public had a right to know about these programs. The public had a right to know that which the government is doing in its name, and that which the government is doing against the public.”

So what exactly is the nature of the NSA’s widespread surveillance? To actually realize its breadth and depth is unnerving to say the least. For instance, the NSA is not alone in its dogged surveillance of citizens, and is in fact part of an international alliance known as the five “I’s”. This alliance of intelligence organizations operates with impunity and no oversight. Snowden says, “The five “I’s” alliance is sort of an artifact of the post-WWII era, where the anglophone countries of the major powers banded together to sort of cooperate and share the costs of intelligence-gathering infrastructure. So we have the UK’s GCHQ, we have the U.S. NSA, we have Canada’s Csec, we have the Australian Signals Intelligence Directorate, and we have New Zealand’s DSD. What the result of this was, over decades and decades, was sort of a supra-national intelligence organization that doesn’t answer to the laws of its own countries.”

But of course it doesn’t end there. One of the most disturbing parts of the interview occurs when Snowden details the specifics behind one of the NSA’s (and five “I’s”) most utilized tools for collecting data, known as XKeyscore. Snowden explains, “It’s a front-end search engine that allows them to look through all of the records they collect worldwide everyday… You could read anyone’s email in the world; anybody you’ve got an email address for, any website you can watch traffic to an from, any computer that an individual sits at, you can watch it. Any laptop that you’re tracking, you can follow as it moves from place to place throughout the world. It’s a one-stop shop for access to the NSA’s information. And what’s more is that you can tag individuals using XKeyscore, where, let’s say I saw you once, and I thought what you were doing was interesting, or you just have access that’s interesting to me… and I want access to that network. I can track your username on a website or forum somewhere, I can track your real name, I can track associations with your friends, and I can build whats called a “fingerprint”, which is network activity unique to you. Which means anywhere you go in the world, anywhere you sort of try to hide your online presence, hide your identity, the NSA can find you. And anyone who’s allowed to use this, or who the NSA shares the software with, can do the same thing.”

It seems the only thing George Orwell got wrong in writing 1984 was the year. We are clearly living in a surveillance state which is blatantly violating the Constitution of the United States. It’s interesting to consider those who label Snowden as a “traitor” because, as Snowden himself puts it: “If I am a traitor, who did I betray? I gave all my information to the American public, to American journalists who are reporting on American issues. If they see that as treason, I think people really need to consider who they think they’re working for.”

It’s past due to engage in open debate about this issue. Should these abuses continue, the American people will only see a further decrease in liberty, and a demonstrable increase in prohibition, incarceration, and above all, 24-hour surveillance.