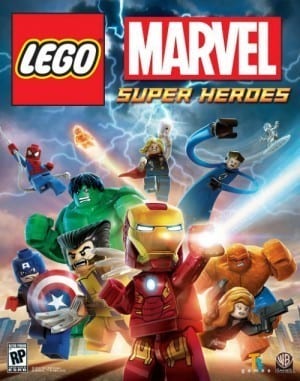 Simple mechanics have been a staple in the Lego franchise of games which is why getting deep into Lego Marvel Super Heroes is disappointing. It’s not that the gameplay is awful, it’s that it seems TT Games has stepped away from what made this franchise so fun to play. In most previous installments voice acting was nonexistent, forcing the narrative to be a pantomime of comedy mixed with stories we’re already familiar with. Now that we hear the Lego characters talk there’s a bit lost in the story telling narrative, which leads to an interesting scenario where players both benefit and suffer from the changes.

Lots of gameplay has stayed the same, but with the Marvel Universe at the forefront, players have an enormous stable of characters to choose from, rather than relying on characters with alternate costumes. The various costumes still exist, but villains and heroes both are on display as playable characters. The biggest change, and one that was implemented in previous Lego titles, is that your characters actually speak now. This hasn’t been a problem until Marvel Super Heroes, as characters can now accurately convey what’s happening and what players need to do, rather than the humorous physical charade that earlier games boasted.

Because of more conversation and less physical humor, the developers have attempted to compensate by creating levels that are longer and more intricate. More “moving parts” and trickier puzzles — at least by Lego standards — are presented to players, with a clear focus showing that gamers with a bit more cognitive problem solving ability are the target audience, rather than the youngsters we all expect Lego to appeal to. That’s not to say players of all ages don’t enjoy the game, it’s still very much a cycle of break things, pick up pieces, complete the level. The puzzles and steps required to move from one area to the next exceed what players expect from a game with such a young target audience.

Lego Marvel Super Heroes is still fun though, and that’s what matters. The gameplay remains largely unchanged and for players who want to blast around as their favorite superhero, destroying things and picking up the pieces, worry not because it’s all here. For those of us who prefer to have another layer placed into the game, you’ll come away disappointed. Levels seem far longer than in previous years and require far more thought from the player, but it’s detrimental to your overall experience. For the first time in the series it seems that TT Games is requiring the characters to provide a majority of the game’s personality, rather than the overall level design and quirky narration. Sure, the player hub being New York City is masterfully crafted, but that acts only as a throughway to get from level to level. Don’t be discouraged by these words either. It’s still a bright, colorful game with plenty of options for play style, but as the franchise moves from one property to another, it’s clear they’re trying to do a little too much each time. Which ends up giving us a little less of what we’ve come to love.