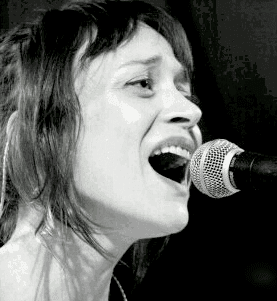 When changing seasons are dragging you into another semester of school, and into another age, into more drama, more breakups (especially if you’re Taylor Swift), and you suddenly find yourself nearing the other side of the hill, run as fast as Fiona Apple in “Dull Tool.” Apple’s vibrato runs parallel with the rapid pulling of the violin bow as she laments the idleness of communication. Stagnation is the last thing on your list in places where nature controls time, and time controls nature – you. Race faster than the numbers that force your path like the banging of a kick drum and sharpen the dull tool so as not to get caught within the slow pace of joy in the beginnings. Win the race against time and take the job market by storm, by disallowing others to win you over – emotionally and professionally.

“Hey Moon,” I said, when it lay on its back, ready to take on its next form. Winter break came to an end and so did the visibility of a proper night sky. Arriving back at school may pose as another segue to darkness in the fortress of a library, but once you exit, you may become pleasantly surprised by the clear, glittering sky above you, with John Maus’s “Hey Moon” emanating through your eardrums. Or the flashing lights that illuminate the snowy ceiling, drawing you back to the top of the red rods of the soaring Willis Tower.

Now change your pace and glide across the slippery surface of outer space that the quad comprises with Chance The Rapper’s “Brain Cells [prod. By Peter Cottontale].” Instead of slipping, allow the watery particles to push you across the semester. Don’t look down, and relax with the sporadic piano arpeggiation that accompanies Chance’s carefree and confident emissions. Float above the soaked, intermixed ground with The Rapper’s vocal stream as it flows through you like purple water. Forget the things that broke you. Glide – don’t let the books take you down.