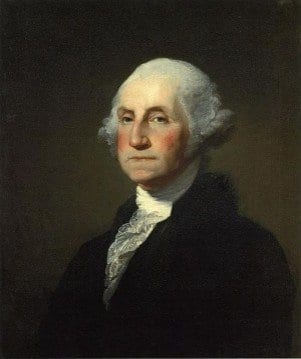 President’s Day is commonly thought of as a day to commemorate all Presidents. In actuality, the day is meant to be a celebration of George Washington’s birthday.

This day has been a federal holiday since 1885, and for more than 80 years it was celebrated on Washington’s actual birthday, February 22. In the mid-twentieth century some lawmakers wanted more generalized recognition of presidential achievement.  In 1968, this movement coincided with Uniform Monday Holiday Act, legislation that aimed to move certain US holidays around to create 3-day weekends. The bill was dropped in committee, however, and is still officially named “Washington’s Birthday,” although many state governments and private businesses refer to the holiday as “President’s Day.”

In honor of Washington (and all the Presidents) here are some fun facts about our former leaders to think about on this President’s Day.

Theodore Roosevelt ate massive amounts of food. He drank about a gallon of coffee a day and would sometimes eat a dozen hard-boiled eggs for breakfast.

Warren G. Harding was an avid gambler and once lost an entire box of White House china in a game.

Franklin Delano Roosevelt was driven around in a Cadillac that had once belonged to Al Capone. Since Capone’s car was outfitted in a ton of armor, it was deemed safe enough for the president.

The “S” in Harry S Truman doesn’t stand for anything. His parents couldn’t agree on a middle name.

Jimmy Carter is the only president to file an official report to detail a UFO sighting.

George H. W. Bush was the third president to be awarded honorary knighthood.

James Madison is the shortest president to date, standing at 5’4”. At 6’4”, Abe Lincoln was the tallest.

The oldest president inaugurated was Ronal Reagan at age 69; the youngest was Kennedy at 43.

Thomas Jefferson was the first president to shake hands with his guests. People had previously bowed to Presidents.