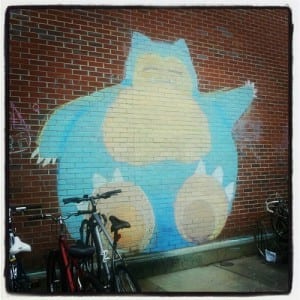 Pokemon fans, get excited. Earlier today, Nintendo announced the arrival of two new games for the 3DS, Pokemon X and Y. These games herald a number of firsts for the popular videogame franchise, most prominently being the first 3D entries in the series with an all-new graphics system.

Previously, all prior installments to the Pokemon series have been from a sprite-based graphically-flat bird’s eye view, something Pokemon X and Y eschews in favor of fully rendered 3D environments and the 3D visual effects of the 3DS. Another major change that the games bring to the table is a worldwide release in October 2013. Traditionally, Pokemon games have had localized debuts, starting with Japan before rolling out to North American and Europe.

Per tradition, three all-new starter Pokemon were unveiled with the announcement, the grass-type Chespin, resembling a chipmunk, fire-type Fennekin, a fox, and Froakie, a water-type frog. At the announcement, Series Director Junichi Masuda remarked, “We brought Pokémon into an entirely new dimension and we’re incredibly excited to bring Pokémon X and Pokémon Y  to fans. The stunning visuals, a completely redesigned environment, game scenario, music, and communication features will bring smiles to the faces of video game players around the world.”

Check out the full announcement here.

You should also read: Pokemon Red, Blue, and Yellow Remakes for the 3DS Coming February