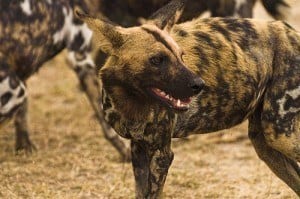 Pittsburgh Zoo officials have closed the zoo until further notice after a 2-year-old boy that fell into the African painted dog exhibit was attacked and killed. The head of the zoo says a medical examiner concluded the child was killed by the animals, and not by the fall into the exhibit.

The toddler’s mother placed the boy onto a wooden rail above the Pittsburgh Zoo exhibit, and although there is a net below the rail to prevent this type of situation, the boy bounced off the net and into the exhibit 14 feet below. The CEO and president of the Pittsburgh Zoo and PPG Aquarium, Barbara Baker, said that the animals attacked the boy so quickly that the boy could not be rescued from the dogs, according to CBS News.

Once the boy fell into the enclosure, visitors of the Pittsburgh Zoo told staff immediately, and before any officials could arrive it was too late. Pittsburgh police arrived on the scene along with other zoo staff. The dogs were called back into the building, and only seven dogs responded instantly. Eventually three more went away from the boy, but one dog remained and had to be shot by police.

The African wild dogs are part of the Pittsburgh Zoo Painted Dog Bush Camp exhibit are known as cape hunting dogs. The dogs are as big as medium-sized domestic dogs, and are considered an endangered species. This set of African wild dogs were the second to be raised in captivity.