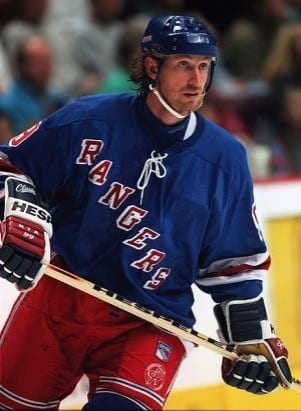 Paulina Gretzky, the eldest daughter of NHL legend Wayne Gretzky, has deleted her Twitter account after a discussion with her dad.

Contact Music reports that Paulina’s account was deleted days after she tweeted, “Having a nice sit down dinner with my dad about social media..haha.” Paulina is an aspiring actress and model who had been posting numerous provocative pictures of herself on her account. Although the account has since disappeared, you can view one of the photos Paulina posted here.

Last Saturday, Paulina posted her last tweet, telling her 24,000 followers, “Taking a break from Twitter for a bit. Happy Holidays!!! Xoxo.” Many believe Wayne’s discussion with Paulina may have prompted the 22-year-old to delete, or perhaps rethink, her account.

Paulina appeared on the “Laguna Beach: The Real Orange County” soundtrack and made her acting debut in 2009. Wayne has been dubbed the Great One, and is considered to be the best hockey player in the history of the NHL.

Read more about Paulina Gretzky here and view photos from her account here.