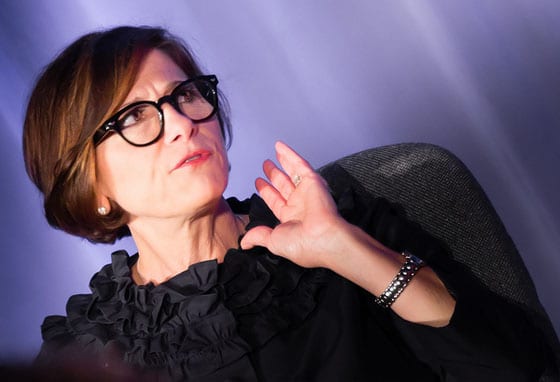 Tassler announced she was stepping down as entertainment chief

There are plenty of conspiratorial theories revolving around Nina Tassler’s recent decision to step down from her position as being the spearhead of CBS Entertainment. Tassler was named the CBS Entertainment President  in 2004, and only recently in February of 2014 was she additionally promoted to becoming the chairman. The contract for this position was slated to run until 2017, but much to the surprise of CBS fans and executives alike, Tassler has chosen to end her primary role in the contract early, although remaining as an advisor for the final years of her contract.

So what gives? Most executives with as much status, talent, and honor as Nina Tassler would be horrified at the thought of stepping away from their given title and removing themselves as leaders of their chosen corporation. Tassler has been named time and time again by her colleagues as capable, important, and above all, successful. For 12 of the 13 years that CBS claimed the prestige of being the most-watched network Tassler helped in its success, joining CBS as a development executive in 1997. Her history with CBS is extensive and positive, working with shows such as The Big Bang Theory and The Good Wife, and later launching shows such as The Talk, The Late Late Show with James Corden, and The Late Show with Stephen Colbert. She has only ever described her work with CBS as being a pleasurable and rewarding experience, including in her current discussions now of why she’s left.

Why has she left? Tassler has done what many executives probably won’t ever do but really should: she has directly impacted the direction her life is taking and has made a difficult decision to pursue her dreams, not her wallet, her prestige, or her title. Tassler is quoted as having said, “It is time for my next chapter, and I’m thrilled that I can pursue my other creative interests while still being part of the company.” She has also mentioned in previous interviews that she desired to spend more time with her teenage daughter as well as her aging mother, something that is not possible while successfully running a colossal enterprise such as CBS Entertainment.

Tassler has already been working on a collection of essays by female leaders with Cynthia Littleton scheduled to come out next year, as well as a play and a feature script. By no means is Tassler done with the world of entertainment; rather, she has merely altered her course and embraced a new form of challenges and struggles, prioritizing her dreams over the expectations of others.

CBS Entertainment hasn’t lost Tassler entirely. She intends to remain on as an advisor until 2017, and is thrilled to still be a part of the company while simultaneously having the freedom to pursue her familial and creative interests.  She is currently transitioning Glen Geller into her current role, and will be guiding him through her responsibilities until December. She will be thoroughly missed by the CBS staff, but CBS will proceed onwards, as strong as ever, led by the capable crew and company dynamics which first initiated Tassler and now is having to move on without her.

Much can be learned from Tassler’s courageous announcement. While her stepping down may have caused consternation and disappointment among many, ultimately it is a decision that represents a powerful woman recognizing what truly makes her happy and running so hard after what makes her happy that she forsakes what most other people would have tried to keep. Kudos to Tassler and her tremendous bravery in facing the onslaught of criticism that is sure to come due to her radical decision.