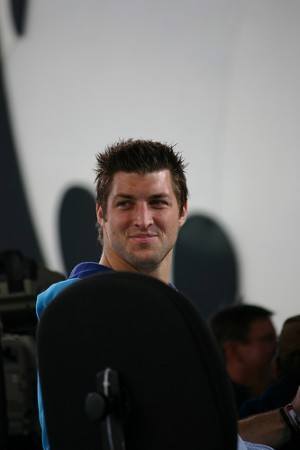 See what Tebow has to say about it

The New York play-on-words media headlines will get even more absurd with Tim Tebow now playing for the New York Jets. The Linsanity to now Timsanity Tebowmania, forced Knicks star Jeremy Lin to comment on the Tim Tebow trade, “I’m just excited for him and to see what he does,” He said in Philadelphia. “We’ll see what happens next year.”

The humble Tim Tebow claims him and Sanchez have been friends for several years,
“My goal is to push Sanchez to get better, and to push myself to get better every day,” He said. “But I think we’ll have a great working relationship. We’ll have a great relationship off the field, and we’ve had that the last few years. He’s such a classy guy and handles himself so well, and I’ll be very honored to call him my teammate.”