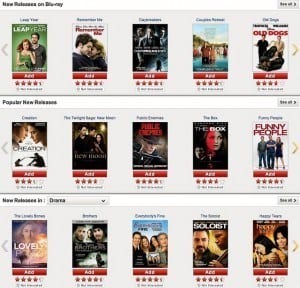 Recommendations will soon be even more customized

Netflix has started offering profiles to its subscribers. I’ve been using Netflix for years and I have to say that it’s about time.

Anyone who has Netflix probably has one, two, twenty people that they share it with. Usually it’s families that share. I share mine with my sister and brother. But because of all that sharing, recommendations tend to get rather bizarre.

Adding Netflix profiles is supposed to help personalize recommendations. Netflix has said that they will offer up to five profiles per account. Each profile will be run like its own account.

I’m very excited about this development. My sister loves to watch anime, but that makes anime a big part of my recommendations. I don’t like anime, so it’s very unhelpful for me. And the recommendations are what makes Netflix great.

Some users may get access to the new Netflix profile feature as early as today. Netflix has said that everyone should have access in the next two weeks.

Netflix profiles will be available on computer, Playstation 3, Xbox 360, iOS devices, Blu-ray players and some smart TVs. They’ll be working on making more devices compatable in the next couple months. I’m hoping they’ll get to Wii soon since that’s what we use in my house.

Netflix profiles will allow them to gather more accurate data on what people are watching. It shouldn’t surprise anyone that Netflix is tracking what you watch. They openly admit to it. They estimate about 75-80 percent of what people watch is from Netflix recommendations.