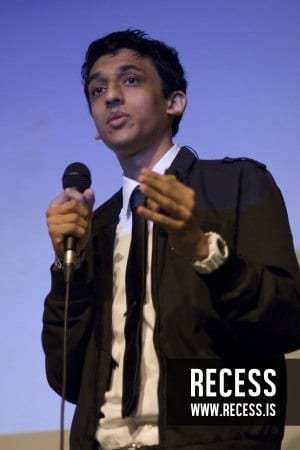 Ever wanted to brainstorm with other entrepeneurs and top it off with a party to loosen up a bit? RECESS Music and Ideas fest has you covered. RECESS is the embodiment of the new generation, coupling young entrepreneurs with enthusiastic music fans for a day of blossoming ideas, workshops and even a pitch competition called RECESS Pitch that allows startup companies to compete for who has “the most innovative technology and embodies the theme of empowerment to individuals”.  The prize for the best pitch wins $10,000 of some of their student debt paid by the brand new USA television series Mr. Robot.

With most of the multi-million dollar startups being headed by CEOs under the age of 35, an event like RECESS is probably the most necessary addition to the “festival scene” that has come up in recent years. Following the blueprint of Ultra Music Festival and the Miami Music Conference, RECESS also has “Study Hall” during the day where successful CEOs lead discussions that feature advice for young entrepeneurs. This year’s Study Hall speakers include Jermaine Dupri, founder and CEO of Global14.com, Tom Montgomery co-founder of Chubbies Shorts, Andrew Maguire of Looksharp and many more.

Of course you can’t have all work and no play, so the people at RECESS have geniusly turned the nighttime into a music fest with campuses hosting sets from The Chainsmokers and KYLE on specific tour stops.

See a complete list of headliners and Study Hall speakers HERE and HERE.

The tour continues to the following college campuses in the US:

May 1st– University of Maryland