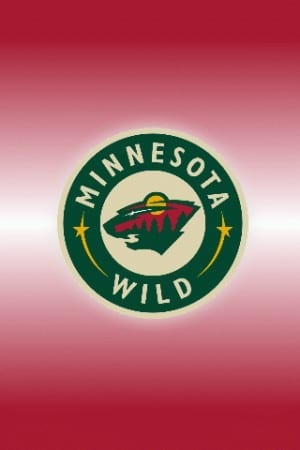 Ryan Suter and Zach Parise to the Minnesota Wild

The Minnesota Wild landed the top two free agents this summer as they announced the additions of Zach Parise and Ryan Suter Wednesday.

The Minnesota Wild agreed to 13-year contracts with both Parise and Suter and hope their addition will solidify an already talented young team.

“We’ve been trying to put the best team on the ice for the last few years,” said Wild General Manager Chuck Fletcher. “We’ve obviously been trying to build aggressively through the draft in the last three years and build up a foundation of talent that we could get to a point where players could look at us and say, ‘They have a bright future ahead of them.’ From a drafting and developing standpoint, we have been working hard at this for a while, and yet we have been trying to win. There was an opportunity this summer with our cap space and a commitment from [owner Craig Leipold] to try to go out and be aggressive in free agency, and we did that.”

The Wild added Dany Heatley and Devin Setoguchi in trades with San Jose last summer, giving up Martin Havlat and Brent Burns in the process. Behind captain Mikko Koivu and this summer’s recent additions, the Minnesota Wild should be contenders to win the franchise’s first Stanley Cup.

“Clearly, we are a team that we feel we have a lot of good players,” GM Chuck Fletcher said. “Last year didn’t end the way we wanted it to end, but for a certain part of last year we were one of the best teams in the League. We felt that if we could add either a top defenseman or a top forward, it would really help our team. I don’t think we ever assumed we were going to land both of them. But, we shot for the moon, tried our best and, again, fortune smiled upon us and they elected to come to Minnesota.”

Suter and Parise will both receive $98 million over 13 years. Both players will receive signing bonuses of $10 million in the first and second years and $5 million in the third year.