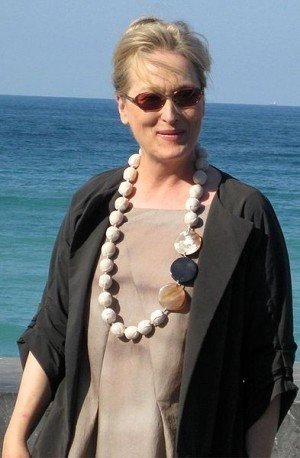 A surprising win, to some

Meryl Streep won the Oscar for Best Actress in a Leading Role for her portrayal of former British Prime Minister Margaret Thatcher in “The Iron Lady.” She has been nominated a record-breaking 17 times; this is her third win.

The category was a toss up between Meryl Streep and Viola Davis at the Oscars this year. Davis seemed favored to win, but perhaps Streep’s success should not have been such a surprise. Phil Contrino of BoxOffice.com told MTV News that Streep’s status as a Hollywood legend should have prevented any upsets. “You can never call a Meryl Streep win a real upset, because she’s so beloved in the industry,” he said. “It’s important to remember that she was running very close to Viola Davis for most of the season.”

Prior to the Oscars, Davis took home the Actor at the SAG Awards, the last major awards show before the Academy Awards. Meryl Streep also won her share of the awards before last night’s show. She won Best Actress at the BAFTAs and at the Golden Globes.

In a moving speech, Meryl Streep thanked her husband for “everything I value most in my life” and makeup artist Roy Helland, who has worked with her for 37 years and won his first Oscar Sunday night for “The Iron Lady.”

An emotional Streep said what she values most are her friends in the industry. “I really want to thank all my colleagues, all my friends. I look out here and I see my life before my eyes. My old friends, my new friends. Really, this is such a great honor, but the thing that counts the most with me, is the friendships and the love and the sheer joy we have shared making movies together. My friends, thank you all of you, departed and here, for this inexplicably wonderful career. Thank you so much.”

No one seemed more surprised by the win than Streep. “When they called my name l I had this feeling that I could hear half of America going ‘Oh, no. Why her, again?’ But… whatever,” she said with a shrug and that signature Meryl smile.