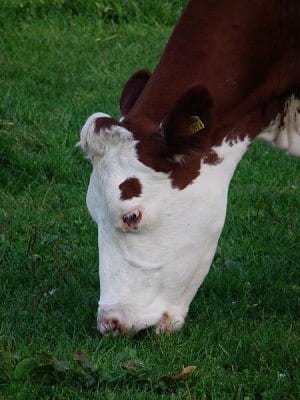 The first U.S. case of mad cow disease since 2006 was found this week in a dairy cow in California.

This particular cow had been collected by a renderer, and mad cow disease was discovered in random testing. The cow’s carcass was at a Baker Commodities Inc. rendering facility in Hanford, Calif., according to company Executive Vice President Dennis Luckey. The company renders animal byproducts and had randomly selected the animal for testing last Wednesday, he said.

“We are in the business of removing dead animals from dairies in the Central Valley,” he told CNN. “As part of that program, we participate in the BSE surveillance program.”

The sample was sent to the University of California at Davis for initial testing, which came back inconclusive. It was then sent to the Department of Agriculture’s laboratory in Ames, Calif., where it tested positive, the agency said.

The carcass was in quarantine Tuesday night. “We’re waiting now for USDA to tell us how to dispose of it,” Luckey said.

The mad cow disease discovery has prompted at least one major South Korean retailer to suspend sale of American beef; however, public health officials said risk of disease for Americans is extremely low because the affected dairy cow was not part of human food chain and was not exposed to bovine spongiform encephalopathy (BSE) through animal feed.

Sarah Klein, food safety attorney for the Center for Science in the Public Interest, said there is no need for consumers to take precautions. “A case of a single cow with bovine spongiform encephalopathy is not a reason for significant concern on the part of consumers, and there is no reason to believe the beef or milk supply is unsafe.”

In humans, symptoms of the disease include psychiatric and behavioral changes, movement deficits, memory disturbances and cognitive impairments.