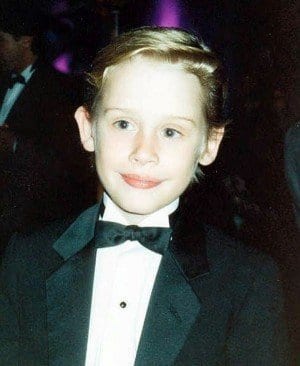 Macaulay Culkin recently stepped out in New York and was captured by Entertainment Tonight looking much older than a 31-year-old should look.

The media is in a frenzy, speculating on whether Macaulay Culkin’s dramatic weight loss is due to terminal illness, drug use, or simply preparation for a role as a military officer that Culkin is rumored to play in an upcoming British film, Service Men.

His representative told ET that, “Macaulay Culkin is in perfectly good health.”

Macaulay Culkin, most famous for his role as Kevin McCallister in the Home Alone movies, had a childhood characteristic of many child actors.  He had issues with his parents handling of his fortune which lead to a highly publicized “divorce” from them in 1998.  Since 2004, Macaulay Culkin has been arrested and undergone treatment for drugs, testified in the molestation case for Michael Jackson, mourned the loss of his sister, and last January, dealt with a breakup from an eight-year relationship with actress Milas Kunis.

Though more speculations can only be expected, according to Crushable.com, the world will have to wait for Macaulay Culkins’, “tell all interview with Diane Sawyer to find out the truth.”