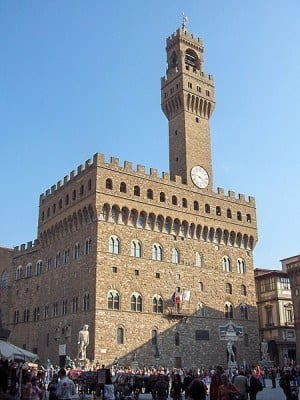 A lost Leonardo da Vinci mural may have been found under a Florentine fresco.

Researcher Maurizo Seracini, an Italian engineer from the University of San Diego, believes that Giorgio Vasari did not want to destroy Da Vinci’s “Battle of Angiari” and instead bricked it up behind a new wall on which he painted in Florence’s Palazzo Vecchio.

Seracini was inspired by the word’s “Cerca, trova,” (“seek and you shall find”) which were painted on a tiny flag in Vasari’s ”The Battle of Marciano. Tiny probes, sent through drilled holes in Vasari’s painting in the Palazzo Vecchio, found black pigment also used in the Mona Lisa, project workers claimed.

Tomaso Montanari, an art historian who opposes this research, does not believe they have found the lost Leonardo da Vinci mural, reported BBC. “What do they mean by saying the findings are compatible with Leonardo? Any painting from the Renaissance would be. Anything from that era could be painted on that wall.”

Other art experts seem to be in agreement with Montanari, as some have signed a petition to stop the investigation to prevent further damage to Vasari’s work.

Historians at a press conference in Florence stressed their research was “not conclusive,” but Seracini said that “These data are very encouraging” and that further chemical analysis needed to be carried out to determine whether or not they have indeed found the lost Leonardo da Vinci mural.

“Although we are still in the preliminary stages of the research and there is still a lot of work to be done to solve this mystery, the evidence does suggest that we are searching in the right place,” said Seracini.

Seracini and his team had previously found a cavity using radar and X-rays behind Vasari’s fresco that they think could indicate a space between two walls, further supporting the theory that they have found the lost Leonardo da Vinci mural.

The mayor of Florence, Matteo Renzi is supportive of Seracini’s investigation. “We are sure that the “Battle of Angiari’ is behind” Vasari’s work,” he said, according to Fox News.