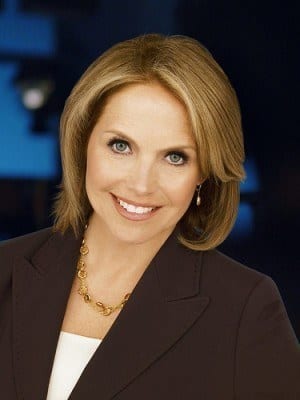 See how the day went for Today

Katie Couric is on day 2 of filling in for Robin Roberts all week on ABC’s Good Morning America.

“I had so much fun yesterday, I decided to come back,” Katie said to co-anchor George Stephanopoulos

The show was littered with references poking fun at NBC’s Today– that one show that gave her a household name as an anchor.

Today on the other end of things struggled to get the announcements and riveting show it had hoped for. Hoping to keep its 16-year run as the weekly frontrunner in morning entertainment, Matt Lauer said Ryan Seacrest will be making “a big NBC announcement.” The big info would have to wait though, Seacrest tweeted that the pain from his recent elbow surgery kept him from flying to New York to make the announcement.

The show also included Sarah Palin as a co-host next to Matt Lauer and Ann Curry but she was also lackluster. Lauer even tried to engage Palin in conversation and had to joke about her joining the “lamestream media” the term she often refers to.

Katie Couric continued her fun with ABC, taking a tour of the Time Square studio for Good Morning America. The references to the Today show only continued when she approached a wax statue outside of her former co-worker Al Roker. Katie Couric joked, “How’s the weather in your neck of the woods?”

Surely NBC hopes it will get better. See Katie Couric the rest of the week on Good Morning America.