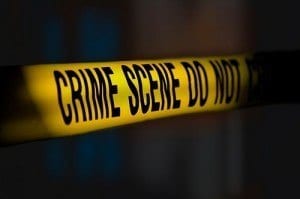 At the annual Juneteenth festival this Saturday in Columbus, Ohio, an 11-year-old boy was injured after being shot in the leg by a 15-year-old boy. The 15-year-old was arrested for felonious assault.

The 11-year-old was taken to the local Nationwide Children’s Hospital and is in a stable condition, according to reports.

While the young boy is not severely injured, and is only hospitalized, police are taking this event seriously. Officers are now searching for any video that may be available of the shooting. They would use the video as evidence in the case.

Before the shooting, four other young people were arrested for fighting.

“June 19th, 1865, is considered the date when the last slaves in America were freed. Although the rumors of freedom were widespread before this, actual emancipation did not come until General Gordon Granger rode into Galveston, Texas and issued General Order No. 3, on June 19th, almost two and a half years after President Abraham Lincoln signed the Emancipation Proclamation,” Ohio Juneteenth Festival website says.

“It serves as a historical milestone reminding Americans of the triumph of the human spirit over the cruelty of slavery. It honors those African-American ancestors who survived the inhumane institution of bondage, as well as demonstrating pride in the marvelous legacy of resistance and perseverance they left us.”

Crystal Coleman, an eyewitness to the event, is sickened by the shooting.

“To know why we’re coming together and we mess it us up that’s so awful, it’s sickening,” Coleman said to NBC 4.