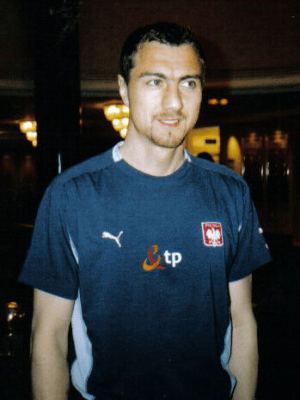 College News was lucky enough to catch up with Jerzy Dudek. He has played for Liverpool FC, and Real Madrid in his career, and created one of the most memorable moments in Union of European Football Associations (UEFA) history, where he completed a double-save at pointblank range in overtime. The legendary soccer player has teamed up with Heineken to bring more awareness to the sport. Also coming along for the tour is the coveted UEFA trophy. The 2014 World Cup final was watched by an estimated 26.5 million in the U.S. which was up 7% on the 2010 figures, and higher than domestic ratings for the World Series, and NBA Finals. College News spoke with Jerzy about soccer, and this event and this is what he had to say:

CN: So Jerzy, statistics are showing that soccer is becoming more important here in the States, what do you think it is that is drawing in the American crowds?
JD: Yes it is, Americans are definitely showing that they are interested in soccer. I think it is the most important now, than ever. Everything seems to be going in that direction and I like that they are taking the big style of Europe and using them to compete. I remember when I was young, I’d watch all of the players, how they compete, how they train, and their performance. I think that is what we are seeing now.

CN: How does Heineken and the UEFA plan to make soccer an interest to the US crowd?
JD: Doing this trophy tour in the U.S. is a great start to getting more interest, it is a fantastic way to get attention from the people who like soccer. All of the big names in European soccer want to promote it. I think for the best description, anyone can visit Heineken.com/soccer and it will explain more.

CN: So the Hashtag #championthematch, tell us a little more about this. I read that you can actually engage with other professional players, while you watch the game?
JD: Yes, exactly, you’re correct. I started a few months ago and we can chat during the match, which is fantastic. You can follow us as the game is in play, and we can answer any question that you may have.

CN: Cool, so it’s like watching the game from your couch, with a pro player right next to you?
JD: Yes, exactly

CN: The UEFA Champion League Trophy is a pretty coveted article within soccer, only five teams have earned the right to retain the copy of this trophy, such as Real Madrid and Bayern Munich, How do these teams get the chance to have it?
JD: Win! Every soccer player in Europe wishes to win the series and earn the trophy. I think it is an honor to have the trophy. All you have to do is win, and be at the top of the competition.

CN: Where can fans get a chance to see the real trophy while on tour? Can they get a picture?
JD: We basically start in New York, and wherever we stop, they can see the trophy and get a picture with it. If they want to find out where we are, please check out Heineken.com/soccer, which will explain everything.

CN: Is there anything else that you’d like to say to the College News readers?
JD: Yes, I just want to thank all of the fans, and especially the players out there for wanting to come out, and wanting to make the sport something bigger. It is a pleasure for me to come to America to promote this all.

Check out game results at www.uefa.com