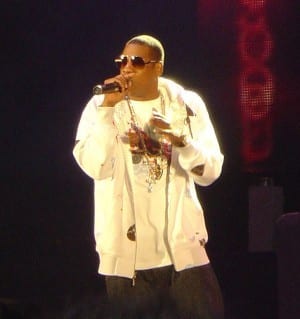 Jay-Z announces the Budweiser Made in America festival in Philadelphia

Jay-Z stood atop the steps of the Philadelphia Museum of Art, the staircase made famous by Rocky Balboa, next to Philadelphia Mayor Michael Nutter to announce the Budweiser Made in America festival.

The festival will feature nearly 30 acts across three stages at Fairmount Park on September 1 and 2, Labor Day weekend.

“It’s such an iconic place, so it felt like a natural fit,” Jay-Z told the Associated Press after the news conference. “You’ll get to come out and have two great days, listen to some amazing music and discover some new bands.”

The lineup for the festival will be announced Monday, May 21, so Jay-Z wasn’t able to talk about any of the acts. However, Jay-Z did confirm in the press conference that 70 percent of the acts have already been confirmed.

Jay-Z told Rolling Stone that he would “absolutely” ask President Obama to attend the festival and maybe do a rendition of Al Green, but he added, “I think that opens up the political season. He’ll be so far into helping the world that he probably won’t have time, but I’m absolutely going to ask him.”

The artists who do perform at the Budweiser Made in America festival were chosen because they “embody the American spirit.” Jay-Z himself will headline the first night of the festival, and we’ll bring you more about the lineup when it has been announced.

Tickets for Made in America will go on sale May 23.