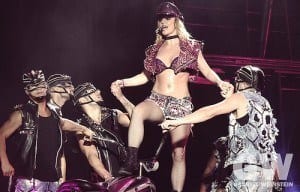 Zap2It reports that Trawick proposed to Spears Thursday night over dinner. Trawick and Spears were celebrating his 40th birthday. A source says they plan to celebrate the engagement Friday in Las Vegas.

“OMG. Last night Jason surprised me with the one gift I’ve been waiting for. Can’t wait to show you! SO SO SO excited!!!! Xxo,” Spears tweeted Friday morning.

Trawick and Spears met in 2006 when he began representing her. They became romantically involved in 2009.

“This is something they’ve both wanted for a long time,” says the source. “It’s a way to cement their family. They’re both extremely happy and can’t wait to become man and wife.”