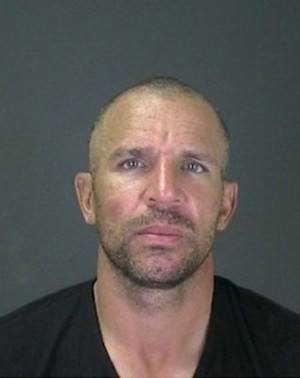 Kidd has entered a no-contest plea

Jason Kidd, NBA star and one of the Knicks’ most high-profile off-season acquirements, is facing drunk driving charges after crashing his vehicle in the Hamptons early Sunday morning.

Southampton police reported Jason Kidd, 39, was arrested and charged with driving while intoxicated when his Cadillac Escalade hit a utility pole and was then found at 2 a.m. in the woods near Cobb and Little Cobb roads in Water Mill.

Jason Kidd was found alone in his SUV when it crashed. Kidd refused to take a breathalyzer test, Bob Clifford, Suffolk District Attorney spokesman said on Sunday, and he was then given DWI charges.

Jason Kidd, a 2011 NBA champion with the Dallas Mavericks, was treated at Southampton Hospital for minor injuries before going to police headquarters.

Jason Kidd has responded to the incident through his attorney, Edward Burke Jr., who sent a text message to Newsday saying, “I entered a not-guilty plea and await further court proceedings. That’s all I am indicating to press at this time.”

Southampton Police Chief William Wilson declined to comment on the case until he could thoroughly review the incident report.

The Knicks said they had no statement regarding Jason Kidd, and the NBA said the league will “monitor the situation.”

Hours before Jason Kidd crashed his SUV, he had been attending a benefit hosted at an East Hampton estate by singer Ne-Yo’s Compound Foundation to honor movie director George Lucas.