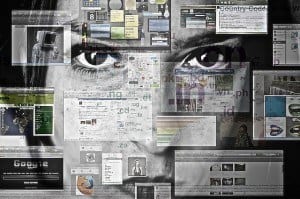 Internet blocking software might be the only hope we have

You have a 20-page term paper due in one hour and you find yourself having opened 10 tabs on your browser. If the term paper were on how cute tiny hamsters were eating tiny burritos or your Facebook newsfeed then you would have finished the paper hours ago. Unfortunately, the paper is on the philosophical aspects of dreams and you only have your name and the date on the page.

Have you ever found yourself in this predicament? Well, so has most of the current student population. A study by NBC News found that people who succumb to Internet distraction, score 20% lower than people who don’t on cognitive tests.

Larry Rosen, a professor at California State University, did a study on 263 students where he told them to work on an assignment for 15 minutes straight. He found that just two minutes into the assignment, the students began surfing the Internet and scrolling through social media. He also noted that only 65% of the time was spent on schoolwork, with the rest being Internet distraction.

An even more staggering number reported by Harvard University, states that at least 12,000,000 to 20,000,000 Americans have mild Internet addiction.  Internet addiction has even been examined to have a detrimental effect on the brain with Internet addicts having been diagnosed with 10-20% surface area brain shrinkage.

Another study done by the Pew Research Center, found that 87% of teachers found that technology such as the Internet has had a negative impact on the way that students perform academically. So what do we do about all of this?

With Internet distraction quickly evolving into Internet addiction, it is important to find outlets that can help eliminate these distractions, at least temporarily until work is able to get done. Internet blocking tools may be the future of keeping distractions away.  Products like Stop Procrastinating, enable you to block the Internet, while attempting to do work, so you don’t get sucked in by those super adorable tiny hands of a hamster and neglect to do your responsibilities.

For more information on Stop Procrastinating, visit the website.

[easy-social-share buttons="facebook,twitter,google,linkedin,stumbleupon,pinterest" counters=0 hide_names="force" fixedwidth="yes" fixedwidth_px="111"]
Previous ArticleDoes The Elder Scrolls Online measure up to the rest of the series?Next ArticleDonald Sterling Brings Further Ruin to his Public Image in an Interview with Anderson Cooper