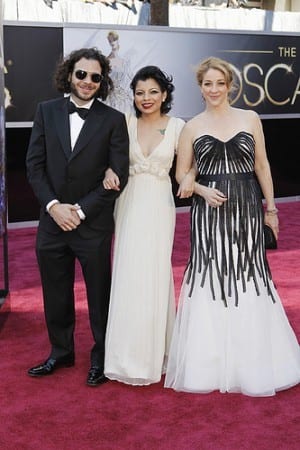 Inocente is the documentary short film about a 15-year-old homeless Californian who dreams of becoming an artist.  It is also an Oscar Award winner.  It is also the first such winning film piece to be funded by the public, that is, director Sean Fine raised money for post-production on crowdfunding site Kickstarter.  With the site’s help, Fine secured 294 backers pledging $52,527 to the film.

Inocente touches on immigration issues and certainly found backers with a direct interest in the subject, who know feel connected to the Oscar award winning piece like no other backers have before.  Inocente ““really helped galvanize the community and get the word out about the film, and it … kept us going basically through the post-production process,” Fine said, adding that he thinks Kickstarter a “great new outlet” for films, in particular documentaries.

Kickstarter released that since its launch in 2009 more than $102m has been pledged to independent film projects, including “Kings Point” which was also nominated at the Awards ceremony.

In real life, Inocente is no longer undocumented, and supports herself by selling her own artwork in Los Angeles.  “I got a visa, so I’m in the United States legally now. In a few years, I can apply for my green card. I want to put a face to all the issues going on and be a voice for people who don’t have one. I want to inspire people and show them that life does get better,” Inocente told Teen Vogue.  Inocente and her Kickstarter backers will continue to watch the success and popularity of Fine’s film with a much more personal interest than any such documentary has enjoyed before.