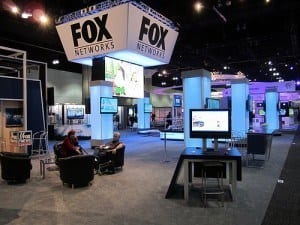 With the recent trend of our favorite 90s shows coming back on to the air, it is no surprise that In Living Color is joining the quota.

Created by Keenen Ivory Wayans alongside his brother Damon Wayans in 1990, In Living Color helped jumpstart the comedy careers of Jim Carrey, Jamie Foxx and David Alan Grier. The show, even launched the career of Jennifer Lopez, in one of her first big jobs as a Fly Girl.

The comedy sketch show eventually left the air in 1994, due to Wayans and FOX dispute over censorship. However, Wayans has patched things up with FOX and is set to re-introduce In Living Color with a brand new cast.

The two new specials, which are a part of the network’s 25th anniversary , will air in Spring 2012 with the option for a weekly show in the fall if ratings are successful.

No word yet on who will be apart of the cast or the musicial performances.

Who would you like to see in the 2012 In Living Color?