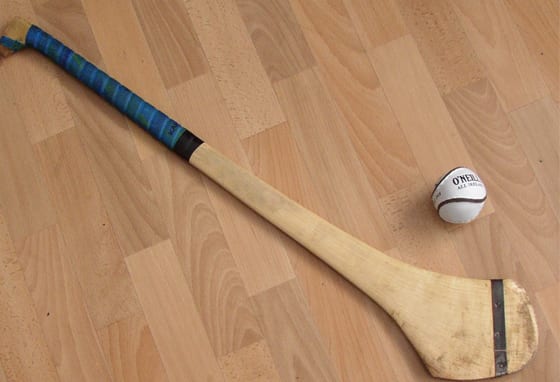 Ever wondered how to start a hurling club at your school? Tim Fick struggled for years to maintain hold of the hurling club at Indiana University.  Constantly fighting to find members, places to play and fans to watch, putting together a hurling club seems to be a task that never ends.

Only one thing keeps him going through it all; they absolutely love the game.  Hurling has roots in the UK, specifically Ireland, which can be traced back almost 3,000 years. College students in the U.S. are now catching on, starting up new clubs every year across the country.  In the six years that the sport has been competitively played in college, 31 different schools have formed and sanctioned a squad, according to the National Collegiate Gaelic Athletic Association (NCGAA) official website. Would you like for your school to get in on the action? Here are some tips about how to get hurling going at your school.

You should also read: Top 25 Men’s NCAA basketball teams have been announced

Cody Hedges is the chairman of the Midwest chapter of the NCGAA.  He was a founding member of the Indiana University hurling club, which began play in 2008.  “Finding players, bar none, that is the most difficult part,” said Hedges, speaking on the biggest challenge when starting a new club.  “Most people have never heard of the sport and some people are afraid to try new things.”

Hedges says that they key to getting players involved is making sure that there is a strong community backing.  At many universities, there are Irish-American organizations already in place that would be supportive of a new hurling club.  It is also important to find sponsorship outside of the university. “At IU, we have the Irish-American Community, and a great sponsor in the Runcible Spoon,” Hedges said.  Sponsorships like this can ensure fan support outside of just the students and their friends. It is also vital to make an early presence on social media. Using Facebook and Twitter to recruit new players, as well as keep current players informed, will help create the buzz around the sport, according to Hedges.

Once these players are recruited, it is vital that they are retained year after year.  Tim Fick is the founder of the Indiana University hurling club, and remains involved to this day.  “You have to gather a small group of interested players and convince them to put in money to purchase their own equipment,” Fick said.  IU hurling club is currently a student organization, rather than an actual club sports team.  With most universities, in order to retain a student organization you need at least five or six members, according to Fick.

However, once you attract the initial members, guys like Hedges believe that they will catch the bug and will develop a passion for the game that will carry over year after year.  Consistent practices and social outings will build a bond between the team that will make the players not only want to come back, but to tell their friends and get them involved. “You have to build a family in order to attract people to a sport that may be fun to watch and play, but is almost unheard of in the States,” Hedges said.

An official Hurling field is measured at 145m by 90m, according to the official GAA website.  This can make it difficult to find space to play.  However, it isn’t yet vital to find a space on campus that is suited to accommodate a full hurling game.  “As long as there is space to practice, most of the games will be played offsite,” Hedges said.  For example, the national championship has twice been played at Gaelic Park in Chicago, Ill.  If you’re able to find a public park or sign up for field time on any available football or soccer field at your school, you will have enough space to practice.  Unless you have enough players to be practicing 15 vs. 15, something smaller will do just fine.

Once you have recruited your initial team, it is vital to keep spreading the word around campus.  “I have spent hundreds of hours over the last eight years at Dunn Meadow and other fields,” Fick said. “I always had flyers to give to anyone who showed the least bit of interest.”

In order to keep playing, you must maintain your numbers.  Fick explained that the IU club had trouble in its early stages because they were unable to keep their relationship with IU Rec Sports due to a shortage of members.  If unable to maintain a spot on campus to practice, look around to local middle schools and high schools where you may be able to rent field time.  However, you have to at least find a place on campus to hit it around in order to gauge interest.  “A visible place to play on campus to help us promote the club has been an ongoing problem and challenge,” Fick said.

People like Fick hold tight to the idea that hurling will catch on, relieving the problems of player shortage.  After all, it is the “fastest game on grass.”  So don’t be afraid to take a risk on your club, regardless of the bumps you hit along the way.  If you remain dedicated it will all come together for you.  As Fick explains, “we love it so much that we just keep plugging away.”

You will also like: Tailgating 101 with ESPN’s MIKE and MIKE