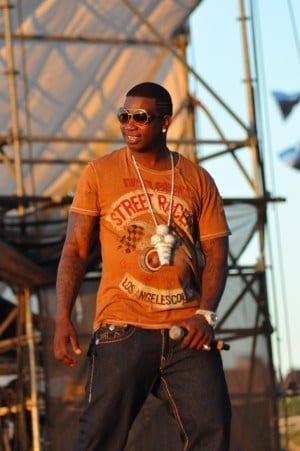 Radric Davis, or the rapper known as Gucci Mane, was sentenced on Wednesday to three years and three months in federal prison. Davis pleaded guilty in May to a federal firearms charge.

Davis will also face travel restrictions once released from prison and has to pay a fine of five thousand dollars.

The Atlanta rapper is notorious for his numerous run-ins with the law: he has been arrested for everything to possession of marijuana to aggravated assault.

On this particular occasion, Davis was found in possession of two loaded guns as a felon. The three years was an agreed plea bargain as Davis was facing up to twenty years in prison with those charges.

The judge in charge of the case, U.S. District Judge Steve C. Jones, said he was familiar with Davis’ music and cautioned the rapper to not waste his musical talent.

“You’re still a young man, and you can still do a lot if you follow and abide by the law,” Jones said.

“He understands he has some work ahead of him, and his goal is to bring a resolution to this case through this sentence and to get back to something that is very important to him and his fans and that is to perform,” Findling said.