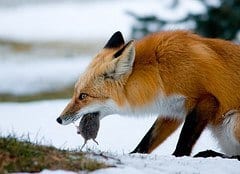 It took only a day for FOX News to discover the Gawker article written by the mole Joe Muto.

“If Fox has smoked me out, it’s news to me,” Muto wrote on Gawker. “I’m still here. Back to work,“read a quote the night before Muto was named the FOX mole. Gawker had a rather different confession the next morning by the soon to be former associate producer of Bill O’Reilly’s “The Factor.”

“They nailed me.”  Fox News did have an “odd” twist to Muto’s punishment ,  “Two hours ago I was called into a meeting with Dianne Brandi, the Fox News Executive Vice President of Legal and Business Affairs, and suspended indefinitely … with pay, oddly enough,” Muto added.

“Joe Muto is fired effective April 12,” the spokeswoman said Wednesday. “Once the network determined that Mr. Muto was the main culprit in less than 24 hours, he was suspended late today while we pursued concurrent avenues. We are continuing to explore legal recourse against Mr. Muto and possibly others,” an official statement said.

Muto was in hot water from the Republican-friendly network because he wrote on Gawker a day ago that FOX was, “an unholy mashup of theDrudge Report, the Huffington Post and a Klan meeting.” He also posted a never before seen video of GOP presidential front runner Mitt Romney conversing with Sean Hannity about horses amongst other things.

“I am a weasel, a traitor, a sell-out and every bad word you can throw at me,” Muto wrote after being found out. “But as of today I am free, and I am ready to tell my story, which I wasn’t able to fully do for the previous 36 hours.” He promised now to write “much, much more.”

The FOX mole sounds like new breed of animal but in reality is only like Lamar Odom, out of a job..