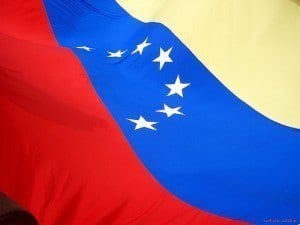 After her struggle with breast cancer, Eva Ekvall passed away on Saturday.

Former Miss Venezuela Eva Ekvall passed away from breast cancer this Saturday, at the age of 28.
Her family announced that she died in a hospital in Houston.

Ekvall was crowned Miss Venezuela in 2000 at the age of 17. In 2001, she was 3rd runner up in the Miss Universe pageant. After that, Ekvall went to work as a model, actress and television news anchor.

She also wrote a book titled “Fuera de Foco” (“Out of Foucs”) which discusses her struggle with cancer. The cover features Ekvall with makeup on and her head shaved.

She told newspaper El Nacional in an interview last year, “I hate to see photos in which I come out ugly. But you know what? Nobody ever said cancer is pretty or that I should look like Miss Venezuela when I have cancer.”

Though her father was American and her mother was Jamaican, Ekball said “I feel more Venezuelan than anybody.”

She is survived by her husband John Fabio Bermudez who tweeted on Sunday a picture along with the words, “Always together…I love you wife,” and her two year old daughter.