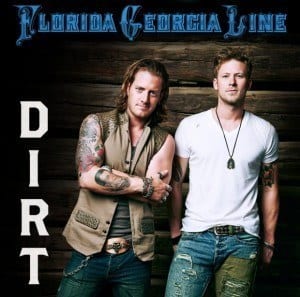 When Florida Georgia Line released their hit single, “Dirt” they also launched a special campaign in celebration, the Dirt Campaign with support from Omaze as the campaign’s fundraising platform to benefit Habitat for Humanity, the global nonprofit organization that aims to create affordable housing for low-income families.

The campaign was inspired by Brian Kelley and Tyler Hubbard’s emotionally sparking lyrics for the hit single which sparked the duo to invest in a campaign that they hold dear, something bigger than the music.

“From day one, we knew that we wanted to make this bigger than the music and be able to give back in as many ways as we can,” said Kelley in a statement.

“We have been beyond blessed these past few years, putting down our own roots in Nashville,” adds Hubbard.

The duo who have been riding a forceful wave of success since their debut single, “Cruise” made its way to country radio and went soaring up the charts aim to go beyond the music and use their success to give back to those in need and their sophomore album hit, “Dirt” has fueled that fire.

“After hearing ‘Dirt’ we knew that we wanted to help build houses with people who would not be able to on their own and we are grateful to join Habitat for Humanity in their efforts,” continued Hubbard.

Kelley and Hubbard with support from Omaze and WarpSpeed have pledged to raise $100,000 for the cause. Fans can donate when signing up to win a trip for two on Florida Georgia Line’s “This Is How We Cruise,” a four-day cruise that sets sail from Miami, Florida on Nov. 8.