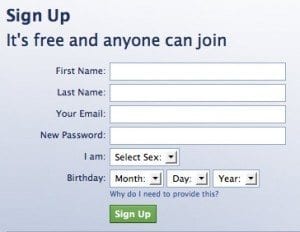 “For the few it does impact, it means the world.”

Facebook has announced that it will now allow users to identify their gender as something other than male or female. In fact, the new Facebook will allow you to choose from 56 different options.

The change has been widely praised by millions in the LGBT community. The new move will make Facebook even more diverse than it already is. This announcement comes on the heels of Mark Zuckerberg’s decision to allow users to register on Facebook anonymously, or under fake names.

Some of the new available gender presets are bi, trans, androgynous, intersex and more. The new system is essentially personalized to each and every specific person. The change will be available to Facebook’s more than 150 million users.

Facebook released a statement, saying, “When you come to connect to Facebook we want you to feel comfortable being your true, authentic self.” Users will also be able to choose their own pronoun, instead of simply him, her or they.

Facebook engineer Brielle Harrison stated, “There’s going to be a lot of people for whom this is going to mean nothing, but for the few it does impact, it means the world.” Harrison, herself, identifies as a trans.

She went on to say, “All too often transgender people like myself and other gender nonconforming people are given this binary option, do you want to be male or female? What is your gender? And it’s kind of disheartening because none of those let us tell others who we really are. This really changes that, and for the first time I get to go to the site and specify to all the people I know what my gender is.”