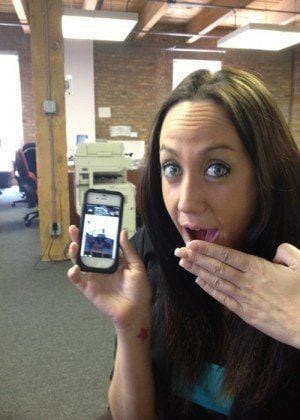 The Facebook Camera app was developed independently from the Facebook team in Menlo Park, C.A., and the app is designed to work solely for iOS. The new Facebook camera app allow users to, what many have said has been missing, snap a photo, apply filters and upload numbers photos to your walls timeline.

“When you launch the app, you’ll see a feed of just great photos from the people you care about,” Facebook reps wrote in a press release. “You can swipe to see more of any album or tap to enlarge an individual photo.”

The Facebook Camera app in its description claims, “With Camera, you can share photos on Facebook faster than ever, and see what friends are up to in a feed of nothing but their photos.”  The app currently has a three-and-half star rating out of 435 reviews.

Though, the release of the Facebook Camera app has many wondering why the social media giant purchased Instagram in the first place. Sam Biddle of Gizmodo suggests, “Camera takes the best parts of Instagram and mainlines it directly into the social network everyone has been using and will continue to use, making sharing feel almost lazy it’s so easy.”

“Instagram has been terrific because it’s a one stop shop for your friends’ shots—all the images without any of the social network noise. Facebook Camera now does pretty much the same thing, siphoning off all of the uploads that would appear on your News Feed and sticking them into an app, while giving you the opportunity to throw your own shots into the mix.”

Also, one has to venture the guess if the recent release of the Facebook Camera app has anything to do with Facebook’s rapidly dropping IPO. The stock originally opened at $45, but it now sits at a sad $31.40 at 2:16 p.m. , not to mention the company is in a lawsuit over the original IPO.

Whatever the reason may be for the release of the Facebook Camera app, one thing is sure- your girlfriend now has a new and faster way to upload all of the photos she takes of her and her girlfriends out on the town.