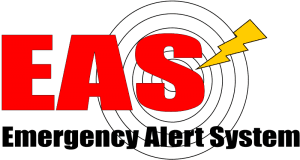 The Emergency Alert System will broadcast a test on radio, TV Wednesday afternoon

The first nationwide test of the Emergency Alert System will be broadcast Wednesday afternoon at 2 p.m. Eastern time.

-It will be transmitted via television and radio stations within the U.S., including Alaska, Hawaii, the territories of Puerto Rico, the U.S. Virgin Islands and American Samoa.

-Similar to local emergency alert system tests, an audio message will interrupt television and radio programming indicating: “This is a test.”

-When the test is over, regular programming will resume.

If you or someone you know still has questions about the Emergency Alert System test, you can check out the Department of Homeland Security’s FAQ page here and the FCC’s site here.