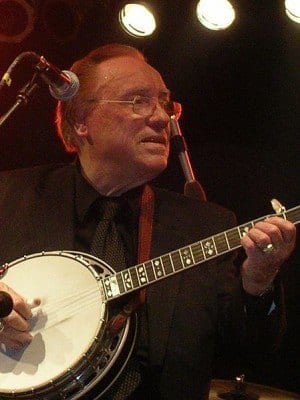 Earl Scruggs, the American musician noted for his influence on the bluegrass genre, died Wednesday of natural causes at a Nashville hospital. He was 88-years-old.

Earl Scruggs was a pioneer for the banjo. He went away from the popular clawhammer style of playing the banjo and created his own three-fingers style. Scruggs style of playing became internationally recognized as “the Scruggs picking style,” and the versatility is credited with expanding the instrument to almost every genre of music.

“It’s not just bluegrass, it’s American music,” country superstar Dierks Bentley told the Associated Press about Scruggs’s influence on music. “There’s 17- or 18-year-old kids turning on today’s country music and hearing that banjo and they have no idea where that came from. That sound has probably always been there for them and they don’t realize someone invented that three-finger roll style of playing. You hear it everywhere.”

According to Earl Scrugg’s documentary, the banjo picking phenom was born into musical family where everyone played the instrument, and he could apparently play the banjo by age 4.

Scruggs received much of his recognition when he was hired by Bill Monroe to be the banjo player in his band, the Blue Grass Boys. He also won a Grammy award in 1969 for the instrumental “Foggy Mountain Breakdown” and recorded “The Ballad of Jed Clampett,” which was the theme song to the popular show The Beverly Hillbillies.

Earl Scruggs is survived by his sons Gary and Randy.