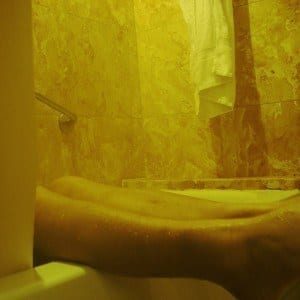 The former Bolingbrook, Ill. police sergeant is accused of murdering his third wife, Kathleen Savio, in 2004

Drew Peterson, the former sergeant in the Bolingbrook, Ill. police department who has been jailed for the past three years for allegedly murdering his third wife, Kathleen Salvio, got the chance to meet his would-be jurors Monday as his long-delayed murder trial is scheduled to begin this week.

Drew Peterson, who is accused of murdering his third wife, has become something of a celebrity over the years with his outlandish and often inappropriate behavior towards the media and the case in general. Rob Lowe even starred as Peterson in a made-for-TV movie that aired in April titled, “Drew Peterson: Untouchable.”

The attorney for Drew Peterson, Joel Brodsky, may echo the Lifetime original movie’s title as he believes the case against his client will be thrown out by the judge.

Drew Peterson has sat in jail for three years as his murder trial has been delayed by appellate court decisions debating the use of hearsay evidence in the case. At a 2010 hearing to determine the validity of hearsay evidence in the case, dozens of witnesses testified that Kathleen Savio feared Drew Peterson would kill her and stage her death as an accident.

The remains of Kathleen Savio were found in 2003 in a dry bathtub in her suburban Chicago home, her hair was stained with blood. Salvio’s death was originally declared an accident but following the disappearance of Drew Peterson’s fourth wife, Stacy Peterson, in 2007, investigators prompted the body of Salvio to be exhumed. The finding that Salvio died as the result of an accident was then changed to murder.

“First, they are not going to be able to say that (the death investigation was botched) because it wasn’t,” said Brodsky. “By saying that if they had done a better job in the investigation, then they would have been able to prosecute Drew Peterson, that lowers the burden of proof. Where you don’t have evidence, you presume innocence.”

“I don’t know why they are prosecuting this. I am serious. This case should never have been brought,” Brodsky continued. “If they can prosecute Drew Peterson on this garbage, rumor, back fence gossip, then nobody’s safe.”

“That doesn’t concern us,” Brodsky said of the hearsay testimony. “Anybody that knows anybody that has been through a divorce knows that people say things and do things that is totally out of character, and clearly Kathy was trying to build a case to try and get as much money as she could.”

Drew Peterson, 58, appeared in court Monday to meet prospective jurors in the case. He appeared without his trademark mustache and spoke to some 40 potential jurors as selection began.

Despite the frenzy that has followed this case since Drew Peterson’s arrest in 2009, the 50-seat courtroom had few members of the public within. Among them, was Stacy Peterson’s sister, Cassandra Cales, who said she was relieved that the trial appears to be on schedule.

“It feels good to actually see something being done,” stated Cales. “The past few years have been an emotional roller coaster. I just want it to move on so he can be convicted.”